The history of discovering of the Mendeleev’s periodic table

[toc]The discovery by Dmitry Mendeleev of the periodic table of chemical elements in March 1869 was a real breakthrough in chemistry. The Russian scientist managed to systematize knowledge about chemical elements and present them in the form of a table, which is now being studied by schoolchildren in chemistry classes. The periodic table has become the foundation for the rapid development of this complex and interesting science, and the history of its discovery is shrouded in legends and myths. For all those who are keen on science, it will be interesting to find out the truth about how Mendeleev has discovered a table of periodic elements.

The history of Mendeleyev’s table: how it all began

Attempts were made to classify and systematize chemical elements known long before Dmitry Mendeleyev. Their systems of elements were offered by such well-known scientists as Debereiner, Newlands, Meyer and others. However, due to the lack of data on chemical elements and their correct atomic masses, the proposed systems were not entirely reliable. The history of discovering of the periodic table begins in 1869, when a scientist at a meeting of the Russian Chemical Society told his colleagues about the discovery he had made. In the chemical table proposed by the scientist, the chemical elements were arranged depending on their properties, provided by the value of their molecular weight.

An interesting feature of Mendeleyev’s table was also the presence of empty cells, which in the future were filled with discovered chemical elements predicted by scientists (germanium, gallium, scandium). After the discovery of the periodic table, additions and corrections were made to it many times. Together with the Scottish chemist William Ramsay Mendeleyev added to the table a group of inert gases (zero group).

In the future, the history of Mendeleyev’s periodic table was directly related to discoveries in another science – physics. Work on the table of periodic elements continues to this day, and modern scientists add new chemical elements as they open. The value of the periodic system of Dmitry Mendeleyev is difficult to overestimate, because thanks to it:

There are many variants of the image of chemical elements according to the periodic law, however, the most known and widespread variant is the periodic table of Mendeleyev.

Myths and facts about creating a periodic table

The most common misconception in the history of the discovery of Mendeleyev’s table is that the scientist saw it in a dream. In fact, Dmitry Mendeleyev himself refuted this myth and stated that he had been meditating on the periodic law for many years. In order to systematize the chemical elements, he wrote each of them on a separate card and repeatedly combined them, placing them in series depending on their similar properties. 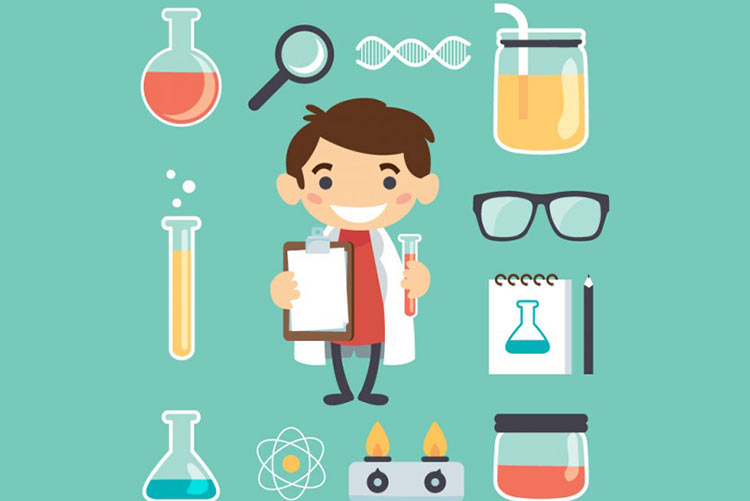 The myth of a “prophetic” dream of a scientist can be explained by the fact that Mendeleev worked on the systematization of chemical elements all throughout the day, interrupting for a brief sleep. However, only hard work and natural talent of the scientist gave a long-awaited result and ensured Dmitry Mendeleyev world fame.

Many pupils in the school, and sometimes students in the university, are forced to learn or at least approximately orientate themselves in the periodic table. For this, a person should not only have a good memory, but also think logically, linking the elements into separate groups and classes. The study of the table is most easily given to those people who constantly support the brain in tonus, passing trainings on BrainApps.

Why do we consider the human brain unique?
he brain is the most complex organ in the human body.
6.3k.

7 pleasant ways to spend your leisure time with brain benefit
If you don’t know what to do in your spare time
6.3k.

IS THE BRAIN OF THE TEST-TUBE A REALITY?
Scientists have obtained stunning results in an experiment
6.3k.

What causes Déjà vu phenomenon?
Without exaggeration, it can be argued that 98% of
6.3k.

Talent and intelligence – a threat to achievement
Installation on a given and on personal growth is a
6.3k.

EMOTIONAL INTELLIGENCE — KEY TO SUCCESS
At the dawn of its existence, emotional intelligence
6.3k.

How to improve brain performance?
The human brain is the organ through which we receive
6.3k.